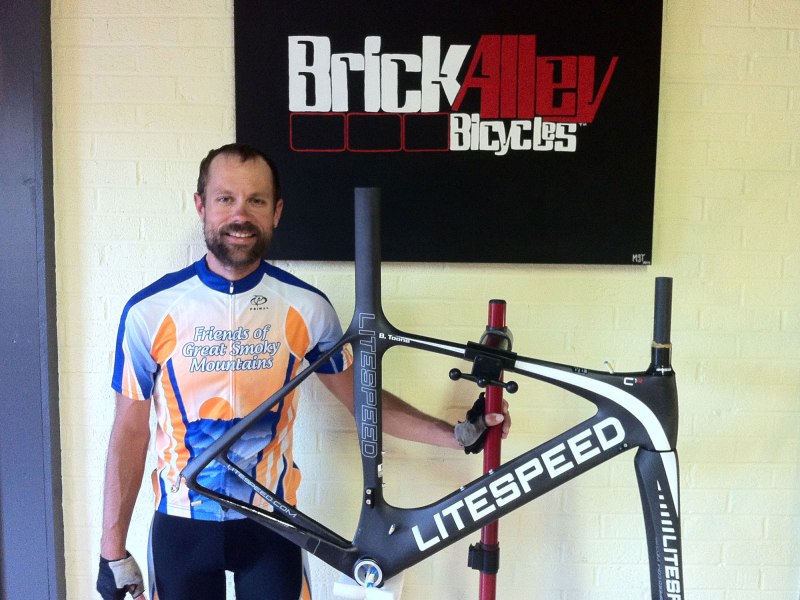 Friends of the Great Smokies newest team member – me!

I will be joining John Hart (Nashville, TN), Jeff McGrane (Knoxville, TN), and Kurt Page (Murfreesboro, TN). We are already looking to our first training camp sometime this winter — where I’m looking forward to getting to know everyone on the team. We complement each others strengths really well with all the disciplines of cycling well represented — climbing, sprinting, time trialing, and all-rounding.

Sponsors for 2013 include FGS, Litespeed, SRAM, Zipp, Enve, Michelin, Rudy Project, and Primal Wear. Primary shop sponsor is MOAB (Outdoor/Bikes) for the Tennessee guys, and for me here in Alabama, Craig at Brick Alley is keeping me and my bikes up and running.