I got the opportunity unexpectedly this past Sunday to race the Chattanooga criterium, part of the River Gorge omnium, when my plans for NY fell through. I had debated about what to do for training since I had been preparing all week for a very hard Sunday, so when we woke up in Birmingham to a steady downpour I decided sunny Chattanooga was looking like a really good option — especially since I could get a little bit of climbing in either before or after the race … I arrived really early to register and opted to do my climbing ahead of time. After a short warm-up, I climbed up the Rock City climb (a Cat 2 climb) at zone 5 to try to really test myself on a longer climb than we have available in Birmingham. Then I enjoyed the beautiful view from the top of Lookout Mountain and flew back down the mountain just in time to pin my numbers on and make the start of our P/1/2 race.

The crit course was new this year, and I really liked it. This course was much tougher than the flat course that has been used in previous years. The headwind on the course’s downhill made it even tougher as recovery was challenging as you were fighting the wind on the downhill. No crashes in our race – although some of the earlier races had riders go down. I think by the time we raced, we knew to take it easy on the second to last corner. The course had five corners and a couple gradual bends. Some of the corners were pretty tight so I decided ahead of time to try to get in an early break.

I did make it into a break on the second lap, but we were only able to stay away for a lap or two. I went way too hard and spent the middle part of the race recovering. Right about the midway point, Spencer Gaddy (Ion) attacked solo at the perfect time and quickly got a gap he would hold to the finish. A couple laps later, I attacked to try to bridge solo and made it about 5-10 seconds in front of the field but still 30 seconds behind Spencer before dying a couple laps later. From this point on, the field was split up into a couple different groups and I managed to hang onto the front group of 8 riders.

With about 4 laps to go, 4 riders slipped off the front of our group and I just couldn’t go. I was with Pat Allison (Ion) and Boyd Johnson (Globalbike) and with one to go we were closing in on the riders ahead of us, but didn’t quite make it. Boyd led out the sprint, and neither Pat nor I could come around him. I couldn’t come around Pat either – so I finished at the very back of the front group for 9th in the race.

Check out my heartrate data and topocreator map … 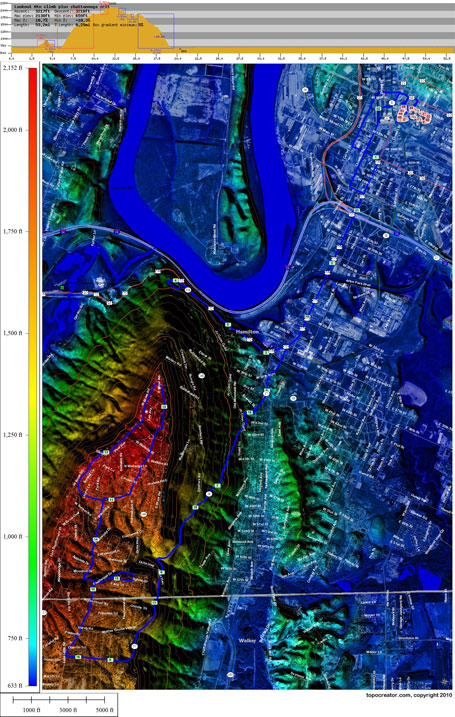 UPDATE – Nevermind, I made the mistake of taking the last flight out of Birmingham. The flight has a flat tire, which they are replacing in about an hour, which means I miss my connection to NY. There is no way I can make it to the race in time!

I’m privileged to be racing tomorrow in the last race of this year’s NRC series – the Chris Thater Memorial criterium up in Binghamton, NY. This race is also part of the USA Crits series where I am currently still holding my position in the Top 10. Here’s my topocreator map of the course … at 1.3miles long, this is a bit longer than a typical crit course. We’re supposed to be racing 50 miles, so I guess that means about 38, 39, or 40 laps. 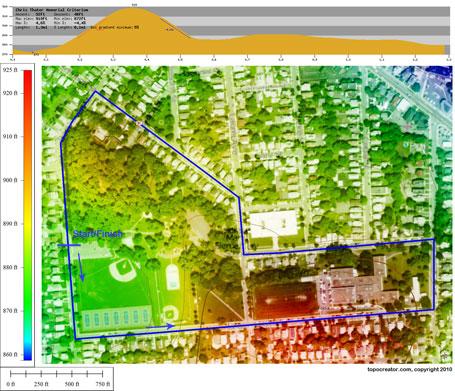