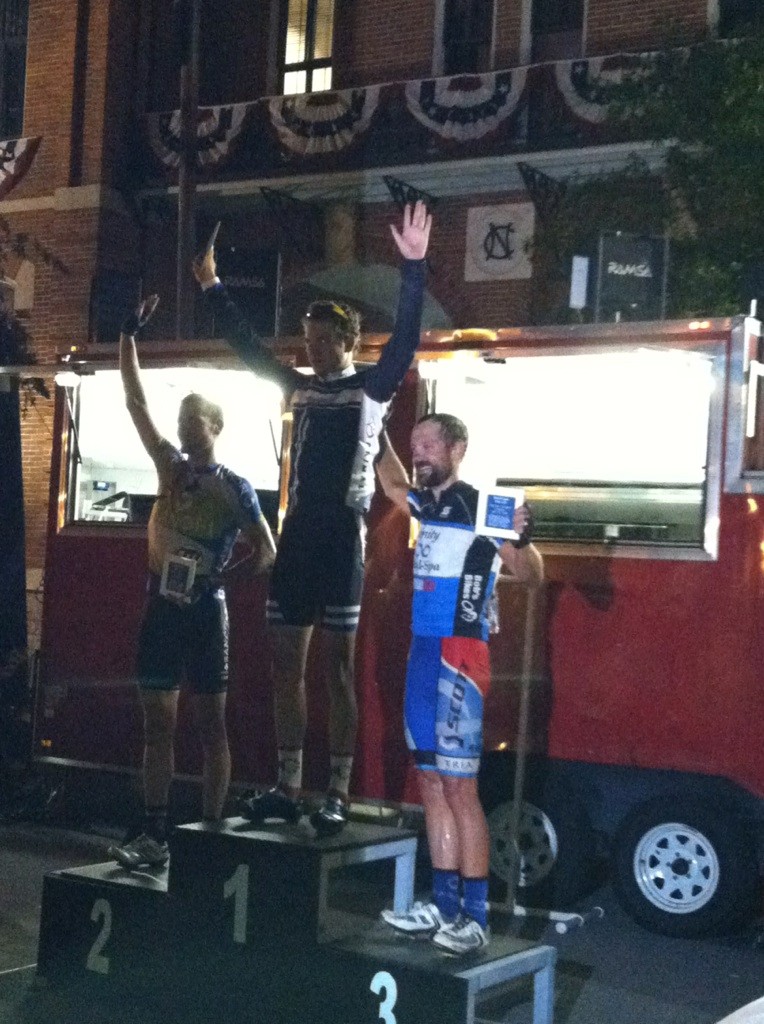 It worked so well yesterday, I thought I would try it again. So as soon as the chief official said “riders ready” – the secret codeword for “go” in crits, I clipped in and attacked hard – leading most of the first lap. This strung out the field with a small separation, but shortly through the second lap the field came back together. Oscar Clark (United Health Care / 707) rocketed off the front with a Lifetime Fitness rider. They got a small gap, but one lap later Dave Gearheart (Team Mission Soruce) drilled it hard on backside of the course through the tricky schoolyard turn and up the hill towards the start/finish turns. Dave had closed a significant portion of the gap, but when he pulled over to rest, none of the next couple riders pulled through so I immediately jumped hard to finish the bridge to the leaders.

At this point the three of us were off and flying. Oscar was drilling it so hard that I could barely hold his wheel and the Lifetime rider came off after a couple laps. We got into somewhat of a rotation where Oscar pulled maybe 90% of a lap, and I would pull 10%. Even so, I was way above threshold. My heartrate was well above my LT heartrate of 180 for the first 10 minutes of our break – eventually settling down to my threshold heartrate of 180 for the 35 minutes it took us to lap the field.

Before lapping the field, though, I got to witness one of the best displays of sacrificial teamwork I’ve seen in a while. Dan Holt (Team Type I) attacked to bridge to us. Oscar’s teammate, Oneal Samuels (UHC/707), covered the move forcing Dan to do the majority of the work to make the bridge up to us. Once there, Dan was outnumbered by the two UHC riders so he wouldn’t commit to the break (especially after having to go so hard to catch Oscar and me). Oneal recognized what was going on so he went to the front and drilled it super hard for a couple laps and then peeled off – knowing that Dan would work with Oscar and me, but not if he was outnumbered. Sure enough, Dan fully committed to the break, and the one-two punch of Dan and Oscar meant that it really was all I could do to hang on. Eventually, our pace started to slow a tiny fraction and I was able to pull on the short uphill section before the course’s one righthand turn.

I was very thankful once we lapped the field and initially tried to hold Dan’s wheel in the group. Once I had rested for a few laps, I decided to move farther up and mark Oscar. Then a couple riders slipped off the front and started to unlap themselves (Buddy Spafford – Florida Velo and Claudio Arone – EBP Racing). I was fighting off some cramps by this point in the race having already gone through TWO bottles and trying to figure out when was a good time to retrieve my third bottle from my back pocket. Fortunately, Oscar’s team was committed to chasing back Buddy and Claudio. Still, I knew that it was also in my best interest if we stayed away so whenever the pace really slowed down if somebody was interfering with the UHC train, then I would roll through and try to pick the pace back up again. I think this only happened a couple times as the UHC riders were committed to drilling it at the front.

With five laps to go, I cramped hard and stopped pedaling drifting all the way back to the pack of the field. Fortunately, my cramp subsided just as the pace slowed down. So I got to rest for nearly two laps as our pace wasn’t super fast with 4 to go or 3 to go. With 2 to go, it was full gas again and fortunately I didn’t cramp again until the finishing sprint. So I sat up happy to take third. Meanwhile, in the sprint, Team Type 1 and UHC had competing leadout trains with Oscar edging out Dan for the win. 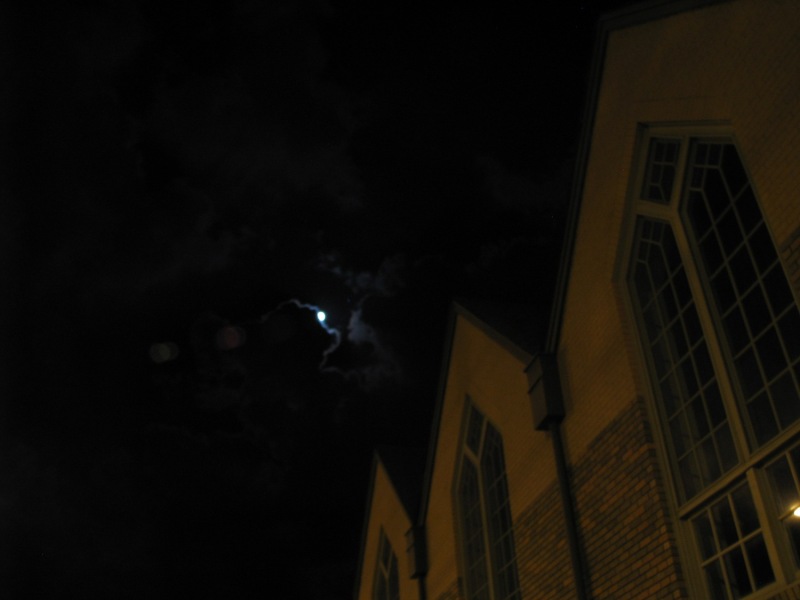 Moon and church – our race started at 8:30, lasted an hour and a half, and this was the night scene after the race.

Five days of racing, car is getting messy, text annotates the tile I got for third place